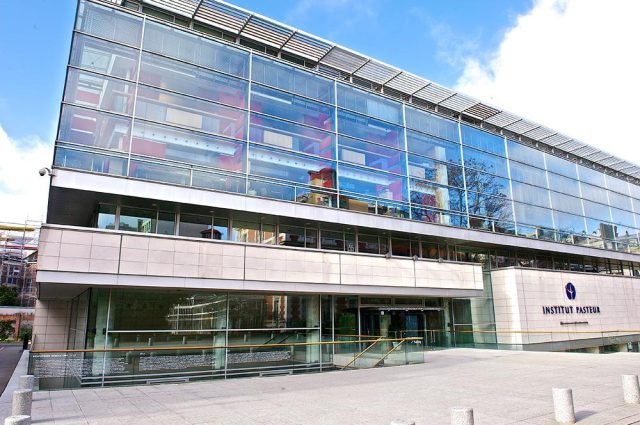 The Collection of the Institut Pasteur (CIP) which is part of the Biological Resource Centre of the Institut Pasteur (CRBIP) was founded by Dr Binot that began to preserve bacterial strains since 1892. The freeze-drying began in the 1950s in the CIP. For over a century, the CIP can be found on the Institut Pasteur campus in Paris.
The CIP ensures the maintenance, the enrichment and the distribution of its bacterial and viral collections as well as the diffusion of information on the distributed strains via a web site. More than 15 000 bacterial strains, including type strains representative of around 5000 different species and around 200 viruses are available on the web catalogue.  Since the 50's, the enrichment of the collection has been historically with:

• bacteria and viruses from various laboratories of Institut Pasteur after the retirement of their manager, i.e. Bacillus, anaerobes, Mycobacteria, antibiotic resistant bacterial strains...,

• bacteria mainly from Human, Animal, the environment, and food

The strains are preserved by lyophilization or freezing at -80 ° C or at -196 ° C in liquid nitrogen. As much as possible, two different methods of preservation and two types of storage for each strain are carried out in two different places.

The CIP is NF S 96-900 certified for all aspects of collection management, from the accessioning of strains, their control upon receipt and after preservation, to preservation, storage and supply of cultures and related data.