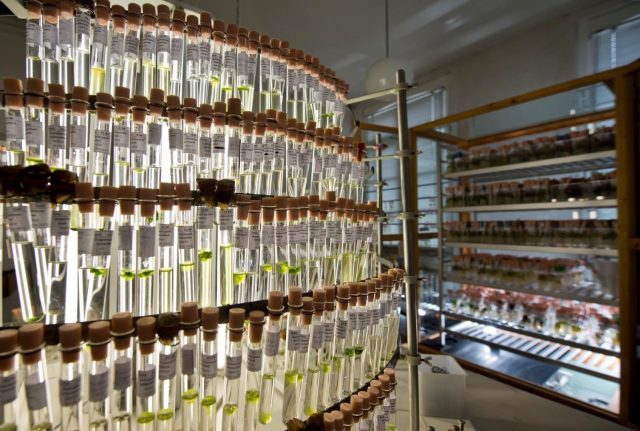 The SAG Culture Collection is a living resource of culture material of algae serving research, teaching and biotechnology communities worldwide. The SAG is a non-profit making organization and is maintained by the University of Göttingen.

With presently over 2400 strains (representing 538 genera and 1424 species) the SAG is among the three largest culture collections of algae in the world. Various research projects are closely linked with the SAG culture collection.

SAG provides living cultures of algae primarily for research purpose, but also for education and environmental applications. The culture strains are available for use by all interested individuals and organisations. As an important service culture collection, the SAG dispatches about 2500 cultures per year. Customers are scientists world wide from various types of institutions, industry, environmental research agencies. About half of the orders from within Germany are from Universities for teaching purposes. The SAG is part of the Georg-August University of Göttingen, which covers all staff costs and provides culture rooms and laboratories, but the running costs of the collection are exclusively financed by the dispatch of culture strains.

The research focus of the department is on microscopic algae. Algae represent an enormously diverse group of phototrophic primary producers with key roles in carbon fixation and oxygen production, abundant in almost all ecosystems on earth. The extent of the diversity of microalgae, from the prokaryotic cyanobacteria to the closest relatives of higher plants, is still only little understood. To investigate their phylogenetic relationships and to assess their diversity, molecular analyses are performed at the department. At present, a team of 14 researchers and technicians is working on the following topics.

The use of genetic fingerprints for characterisation of microalgal strains-an important molecular tool to determine the biodiversity on and below species level.

Cryoperservation and Conservation of microalgae